9 Remarkable Things Scotland Is Known For

The rich culture and gorgeous landscapes make Scotland a destination that seems to have it all. You’ll feel welcomed by friendly locals as you explore rugged mountains, lively cities, and quaint tea shops. You’re sure to be greeted by a sheep or ten, too. From the medieval architecture in southern cities like Glasgow to the northern isles with breathtaking landscape, Scotland is a destination with much to offer.

So if you’re ready to explore the lush Scottish countryside, wave to highland cattle, and walk ancient city streets, here are some of the most remarkable things Scotland is known for. 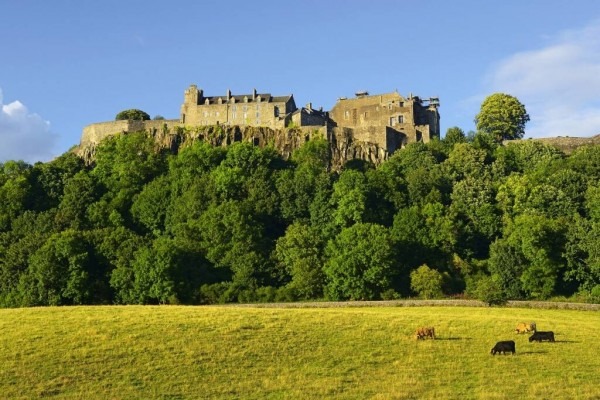 Beautiful and historic castles are one of the first things that come to mind when thinking of what Scotland is best known for. From well-preserved structures to understated ruins, the country is synonymous with this magical and symbolic fairytale icon. It’s said that there were once over 3,000 castles in the country!

As you can imagine, you don’t have to go too far anywhere in Scotland to see Medieval castles. In the city of Glasgow, opportunity abounds to castle hop where you’ll feel like you’re stepping back in time despite the vibrant city life around you. Visit Bothwell Castle, built in the 13th century and easily accessible on the River Clyde, and Crookston Castle, where you can take in beautiful views from the roof.

Just outside of the city, you’ll find Stirling Castle, a well-known structure dating back to the 8th century perched upon Castle Hill. This castle was the crowning site of Mary Queen of Scots in the 1500s. 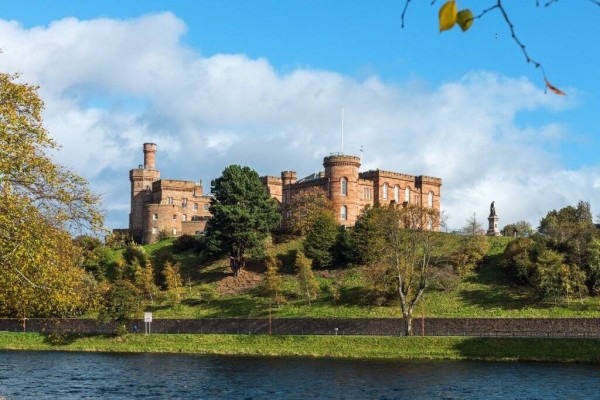 Inverness is another great base for discovering some of Scotland’s best castle grounds. Right within the center, on the edge of the River Ness, the Inverness Castle is iconic to the city. Admire it from the opposite side of the river, or make your way to the grounds for sprawling views of the surrounding area. Visit Urquhart Castle, a very popular site, by venturing approximately 30 minutes south of the city. This lakeside structure holds rich Highlands history, complete with amazing views. 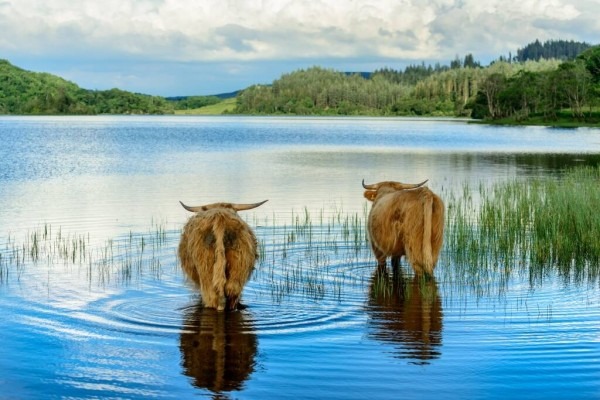 The Scottish Highlands are easily one of the most remarkable places in the country. The landscape is ready to be explored via road trips, cycling, and hiking.

Uncover nature in national parks like Loch Lomond and the Trossachs or Cairngorms National Park. Many attempt to hike Ben Nevis, the UK’s highest peak, or head a little further to the lush Isle of Skye where you can experience the famous Old Man of Storr hike.

Glencoe is another great destination within the Highlands where the valley provides for a spectacular driving route with several trailheads available to see the area on foot. If wildlife spotting is on your list of things to do, visit the Highland Wildlife Park, where you might have the chance to spot the Scottish wildcat.

There are numerous castles in the Highlands as well. Perhaps the most well known is Eilean Donan Castle, which appears as a real-life postcard in front of you. Set on an island, this photogenic castle is backed by mountains and overlooks the water. Another main draw is the Glenfinnan Viaduct, a famous railway that runs the Jacobite, with an arched, curving bridge suspended 100 feet above the ground. 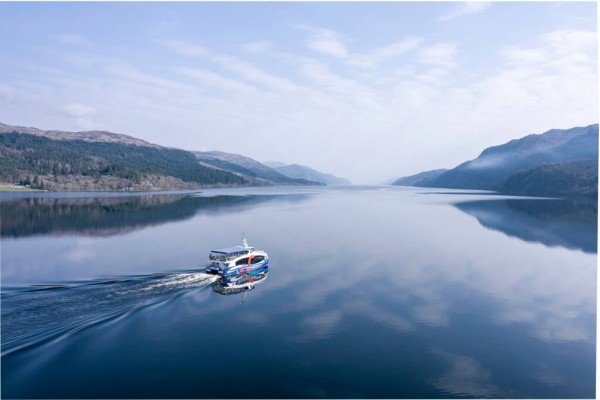 One of the top things Scotland is known for is the Loch Ness Monster, who is said to reside in the waters of Loch Ness. The “monster” has been the source of much speculation and possible sightings, the earliest dating back to 565 AD, and is often referred to in books and films.

Take part in the mystery by visiting Loch Ness and exploring it via boat. Perhaps you’ll even catch a glimpse of Nessie! Dive into the history behind the legend at the Loch Ness Centre and Exhibition which explains the timeline of the monster, strange sightings, and research that’s been done in the Loch. It’s here where you can decide for yourself if the Loch Ness monster is a real animal or a long-running hoax. 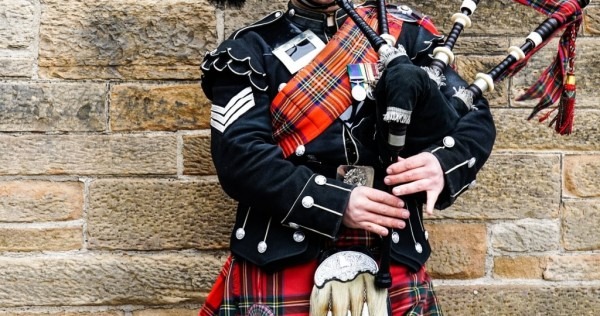 Bagpipes are often associated with Scotland and widely known as a national symbol of the country. Rooted in military beginnings, the Great Highland bagpipe has a long history in Scottish culture. Often paired with fiddles and folk songs, the bagpipe is played as street music, in pubs, and provides the soundtrack for events and festivals.

Experiencing traditional Scottish music is one of the best ways to immerse yourself in local culture. Discover a more in-depth history of the bagpipe at the National Piping Centre in the city of Glasgow. The center details more than 300 years of the instrument’s history. 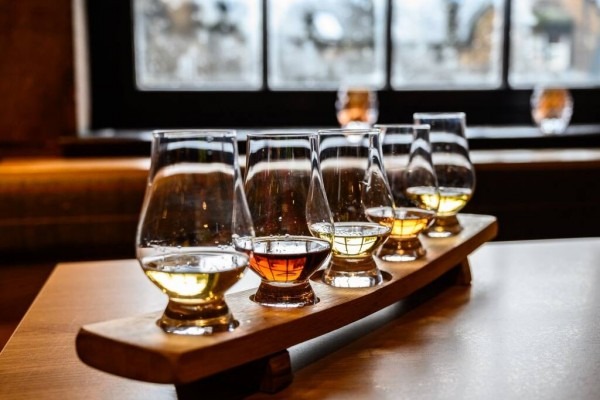 Scotland is known for its rich varieties of whisky. Visiting one of the 109 distilleries is a fantastic way to taste the country’s national drink during your time in Scotland. Historically, the production of Scottish whisky dates back to the 11th century. The story begins with the belief that monks started producing what later developed into the whisky we know when European monasteries started to make wine. The name “whisky” comes from the traditional Gaelic moniker, “uisge beatha” which means “water of life.” Authentic Scotch whisky is produced only in Scotland and left in oak casks for at least three years. 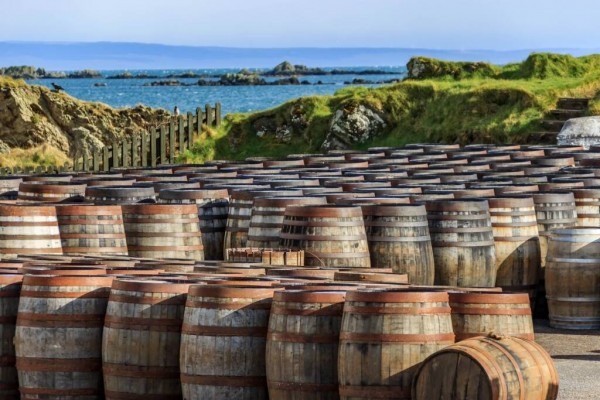 Depending on the region of Scotland you visit, you will taste distinct differences in the drink based on how it’s produced. The five whisky-producing regions are Islay, Highland, Campbeltown, Lowland, and Speyside.

In Glasgow, the Clydside and Glasgow Distilleries are popular to visit, and just outside of the city, Glengoyne Distillery adds a countryside backdrop to its tastings. In the capital city of Edinburgh, the Deanston Distillery and Glenkinchie Distillery are noteworthy stops.

Up north near Inverness, try Glen Ord, which was founded in the 1800s. In Kirkwall, the Highland Park Whisky Distillery and Scapa Distillery offer an excellent taste of the northern Orkney archipelago region. 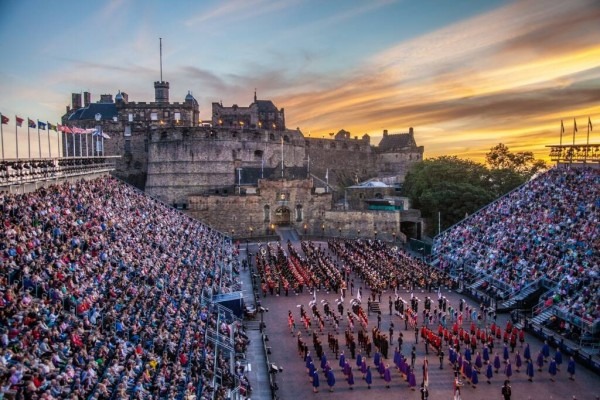 Scotland’s most iconic performance takes place in the Edinburgh Castle in the capital city. The Royal Edinburgh Military Tattoo puts on an incredible musical and artistic display to a rapt audience every summer. The festival is held in the month of August, playing weekday evenings and two shows on Saturday nights.

The collection of military tattoos are performed by international military bands and the British Armed Forces. Historically, “tattoo” meant to signify the last duty call of the day and a nod to the evening entertainment about to begin by musicians in the military.

The amazing castle venue allows over 200,000 people to enjoy the music of the Massed Pipes and Drums. Highlights include the Lone Piper, cultural troupes and singers, and a new, exciting theme every year. The finale of the Lone Piper is one of the most thrilling and memorable portions of the show. 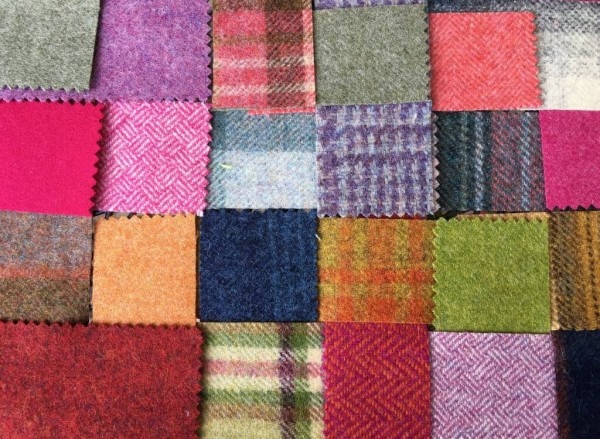 Wool is an icon to Scottish heritage and fashion thanks to the number of sheep farms and moody weather that call for warm sweaters and blankets. Authentic Scottish wool is the perfect souvenir to be enjoyed both during your trip and at home. Knit sweaters, scarves, hats, and blankets are popular items, and argyle or plaid prints are common.

In the capital city, The Edinburgh Woolen Mill is a well-known establishment for purchasing a variety of wool items, however, shops with these products are abundant. If you’d like to try your hand at knitting your own items, the Be Inspired Fibres shop is home to a diverse selection of yarns as well as other materials you might need to get started. Other notable producers to look for are Harris Tweed, Pringle of Scotland, Lochaven of Scotland, and Hawick. 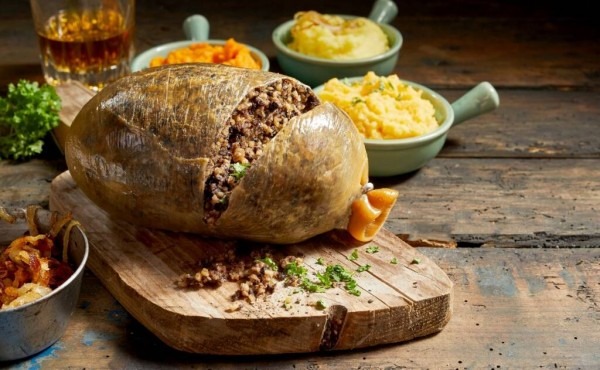 Ah, the national dish of Scotland. There’s a lot more to haggis than just sheep heart, liver, and lungs. Mix those in with some onion, oatmeal, stock, and spices, cool it inside the lining of a sheep’s stomach, and you’ve got yourself a traditional Scottish pudding usually served on holidays or special occasions. This savory dish is a must-try while visiting Scotland—if you’re brave enough.

It’s often served with turnips and mashed potatoes and can be found in most places around the country. Other than ordering it in a restaurant or pub, you can even purchase it from butcher shops and grocery stores.

In January, haggis is widely celebrated in Scotland on what is known as a Burns supper. On the birthday of famous poet Robert Burns, this party pays homage to the writer and his passion for haggis. He loved it so much that he composed a poem about the dish. 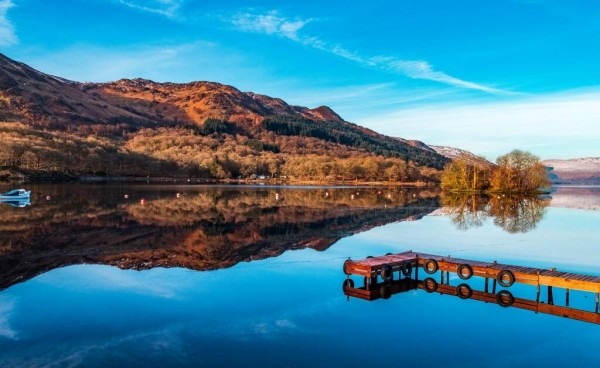 Lochs, or lakes, are found all over the country and are a well-known natural icon. It’s said there are over 30,000 freshwater lochs in Scotland, with a majority residing in the lush Highlands region.

One of the most well-known in the north, the large Loch Ness, is home to the legend of the Loch Ness Monster. North of Glasgow, you’ll find Loch Earn in the central Highlands where the inviting landscape offers beautiful walking trails. 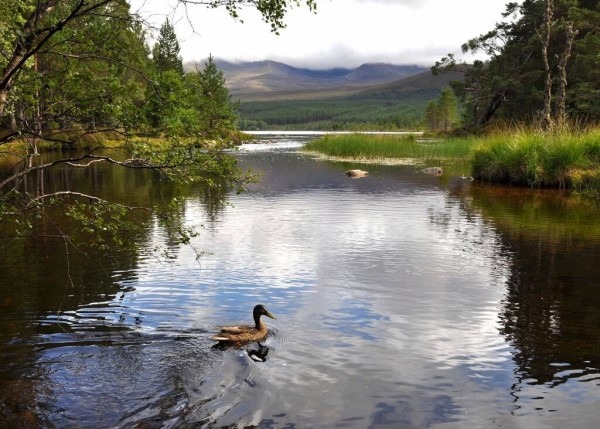 Southeast of Inverness, head into Cairngorms National Park to visit the popular Loch Morlich. Stroll the picturesque beach, paddle along the water by canoe or kayak, or enjoy a picnic lunch.

For an extra dose of history with your lochside visit, head to Loch an Eilein, which translates to “Loch of the Island.” Here, you’ll spot castle ruins that used to belong to Alexander Stewart, the Earl of Buchan in the late 1300s. Whatever lochs you choose to experience in the country, you’re guaranteed the classic Scottish scenery, and probably a castle or two as well. 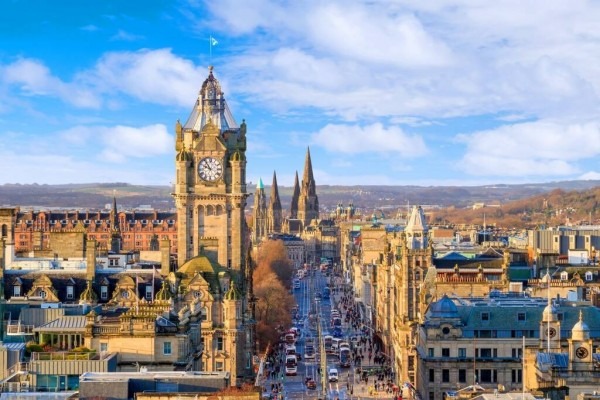 Ready for a Scottish adventure? Explore all these remarkable things Scotland is known for on a luxury cruise. Explore the historical city streets, sip whisky to live music, and venture into the stunning countryside.

KNOW MORE ABOUT UK IMMIGRATION & HOW YOU CAN MIGRATE WITH YOUR FAMILY TO THE UK.
CONTACT 04 554 6681